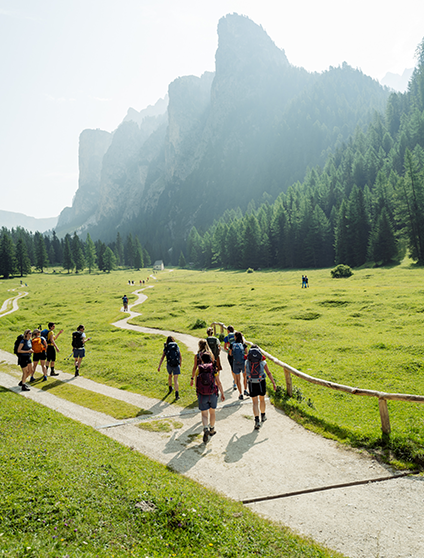 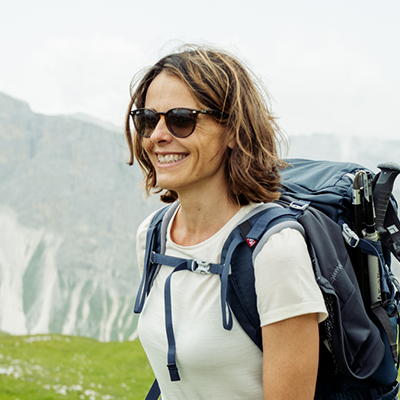 And here I am telling you about a few weeks ago when, thanks to a new brand of mountain clothing created by an all-female team and aimed at a female audience, I was invited to test the product during a weekend in the Dolomites of Val Badia. 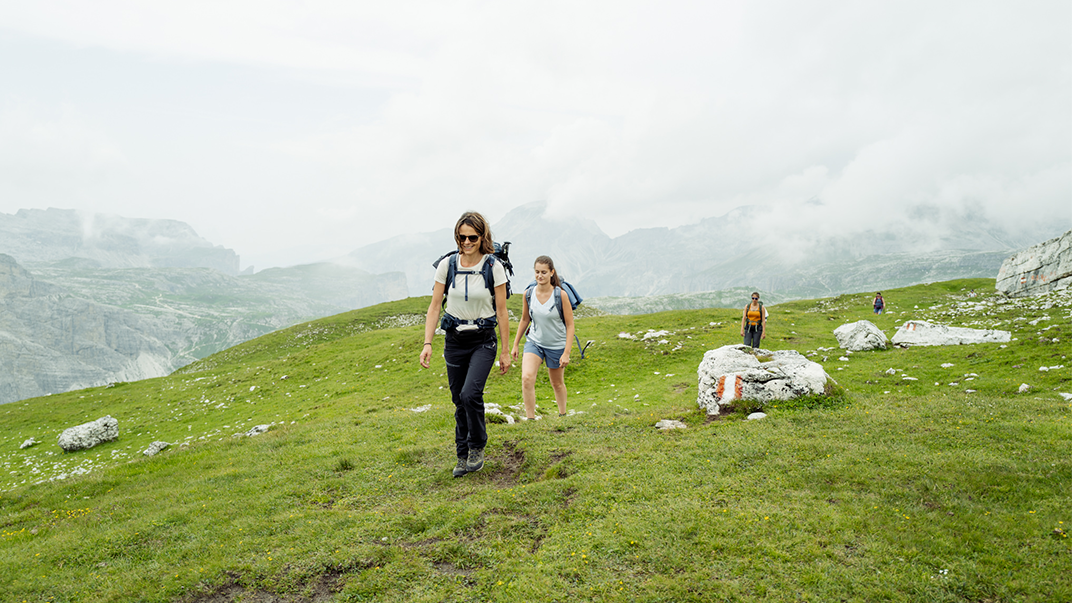 So I found myself walking with a group of women I had never seen before, except for a few times online. The premise is that I often go to the mountains, it is my main passion but finding the right company is not always easy, as I see it it is not a place to go with just anyone, unless you are a guide but then it is another story ... There is no room for ego and whims, you have to have the will and the head and if you don't have that it can be dangerous. It has happened to me and I like to go on trips or experiences with people I don't know very much, adventure and discovery also come from there (even if I trust my instincts and what they tell me) but in this case I had never met any of them so it was definitely a blind date in an environment where it is very important to have the utmost respect for each other's places and abilities. Granted, it was a weekend after all but the pace was tight.

In the end the experiment succeeded perfectly and I must again congratulate the women in the team for having managed to put together such a well-matched group. So many different women with one thing in common, a passion for the mountains and the right way of going about it. It's not trivial. Each at their own pace, each understanding the needs of others. There was no competition, which is important because the climb is not a race to see who can get there first, but a savouring of the moment, a sharing of places and views, and if there are difficult passages we help each other or we give up. There were moments of confrontation and laughter, moments of stories and silence in respect of the emotions that each of us carried inside. All this in the setting of the most beautiful mountains in the world, the Dolomites (in particular in the Puez Odle nature park), which certainly leave a mark on everyone who stands in their presence.

None of this would have been possible without LaMunt, whose clothes accompanied us for the two days with great general satisfaction. LaMunt is a brand that was born with the intent to make women comfortable in the mountains without sacrificing their femininity, the product is comfortable with particular attention to the fit and also to aesthetics, the colours are soft and delicate ... honestly what I was looking for in an environment still strongly directed more to men than to women since – both in the fit and in the range of colours – often the choice is limited and limiting.

For all these reasons, the project has been a wonderful discovery, both human and physical, and the "LaMunt Crew" a close-knit group that I look forward to seeing again for other adventures. 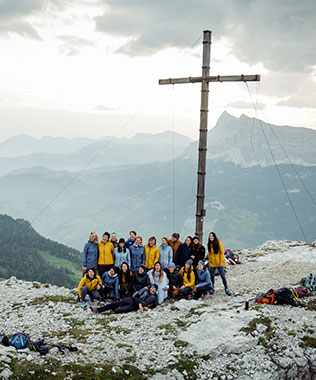 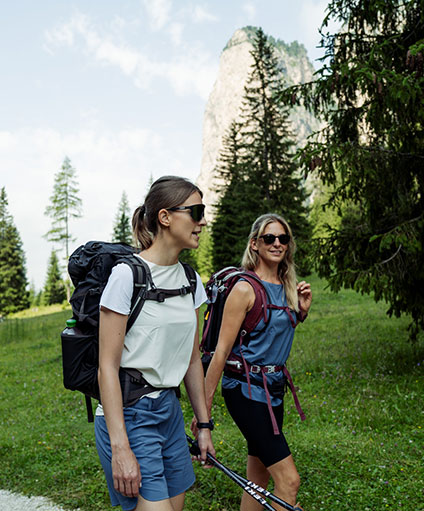 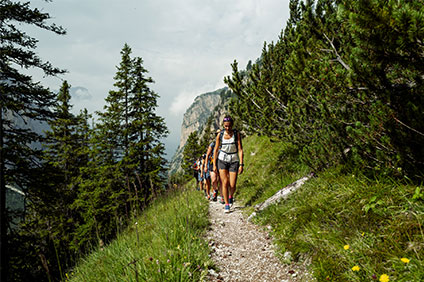 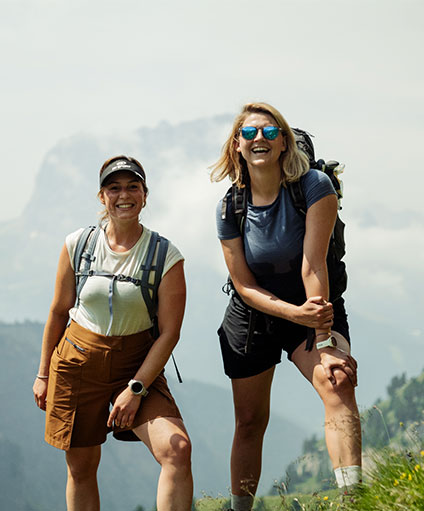 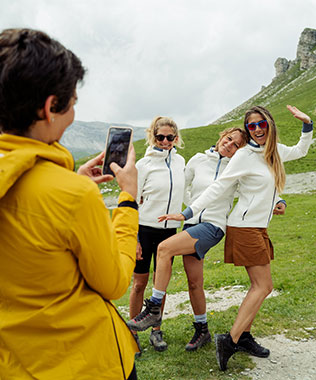 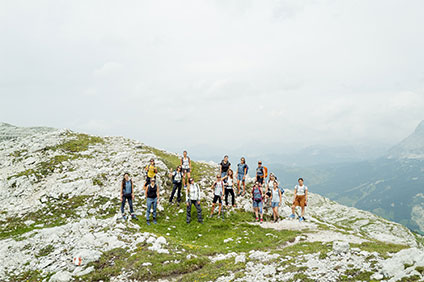 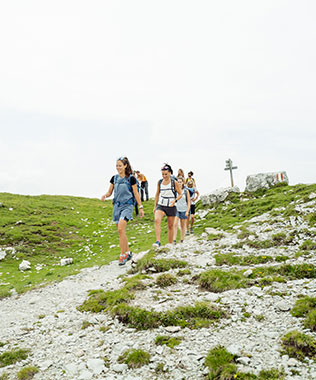 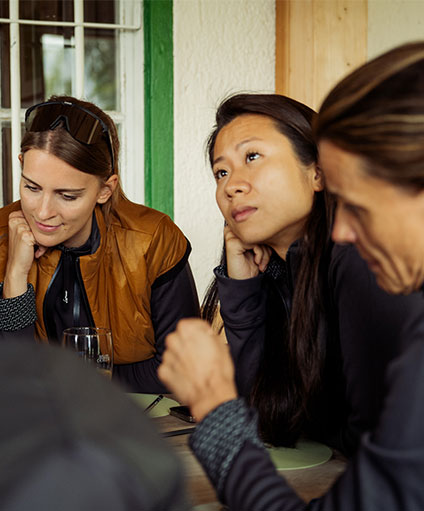 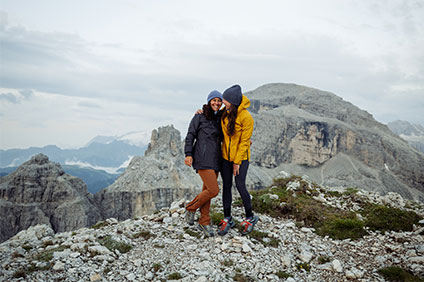 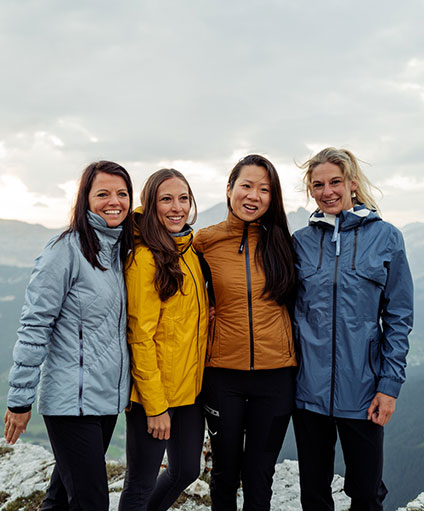 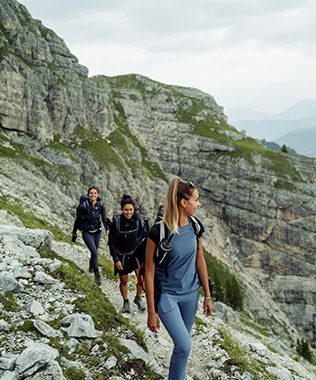 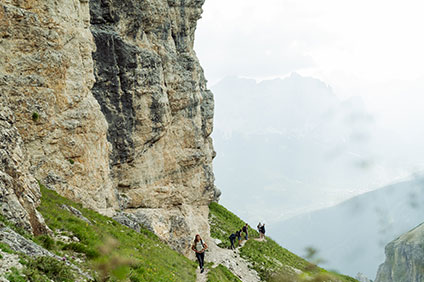